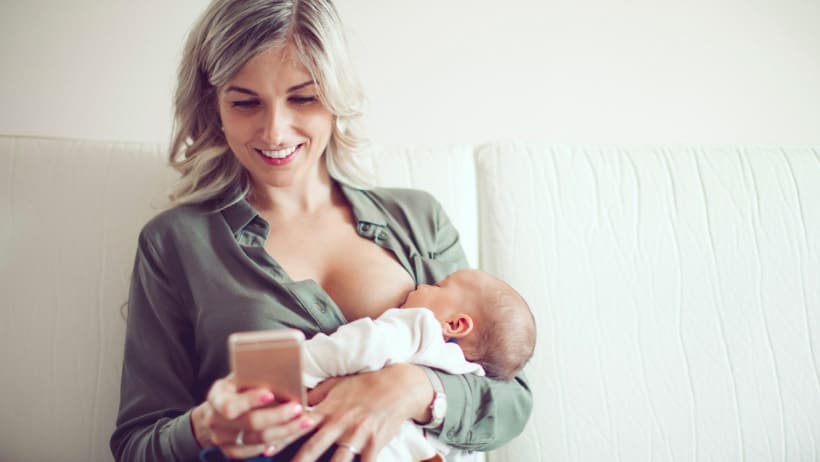 If you’ve ever been criticized for your parenting choices by another mom, or better yet, by someone who isn’t even a parent, you have been the victim of a prevalent epidemic, know as mom shaming.

There are about a million ways to raise a child. Countless civilizations over time have proven that. 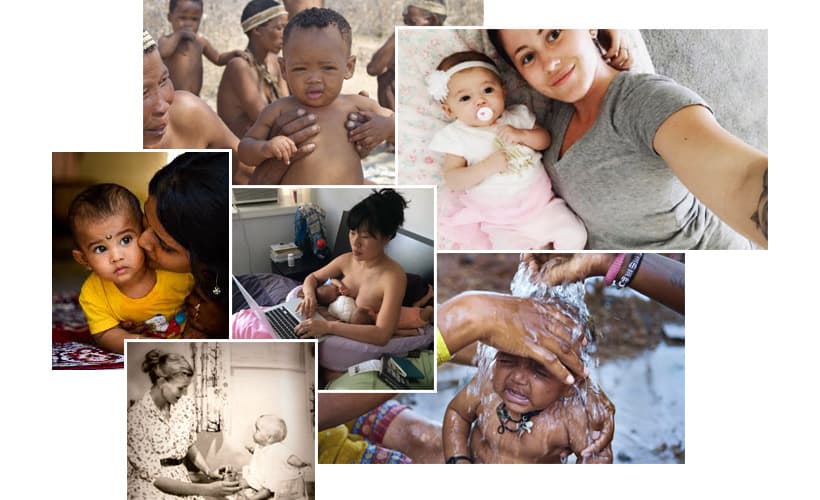 Unfortunately, since the advent of social media, certain moms around the world have become very opinionated on what they refer to as the “right way” to raise a child. What makes it even worse, is that most of the criticism comes from inside our extended family.

Let’s start by saying: There’s no “Right” or “Wrong” way… there’s only YOUR way, and with the unfaltering love you have for your child, there’s no doubt that you’re doing your absolute best.

Children didn’t simply vanish from the face of the earth as one group of people decided to do it one way, and another group did it differently.

Each child is unique, and so is each mother who has to adapt to those little differences to ensure their child has the best possible love and care.

If anyone thinks they’re the perfect parent, chances are, they’re the a-hole who is doing the mom-shaming. This guide will expose the most common ways in which mom-shaming occurs, and how to handle it like a pro. 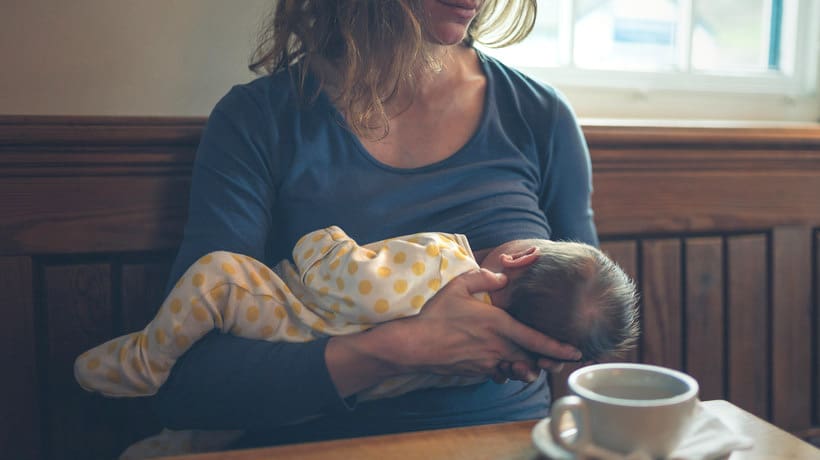 The debate of whether or not it’s OK to breastfeed in public has become one of the most heated debates of the century. Just how much boob is OK?  Is it 10%… 20%… 100%?

The one thing that everyone can at least agree on, is that baby needs milk. Other than that, there’s little consensus about how much exposure is acceptable. Many a mom has been driven to tears by judgmental bullies, who don’t even understand what circumstances that individual is dealing with.

Thankfully the world seems to be coming to grips with the natural practice of breastfeeding in public, as long as it doesn’t offend their social sensibilities!

The truth is there is no right answer, other than what works for you. Some mothers find it really difficult to breastfeed while covered up and others understandably refuse to go sit in a public toilet to breastfeed their child. 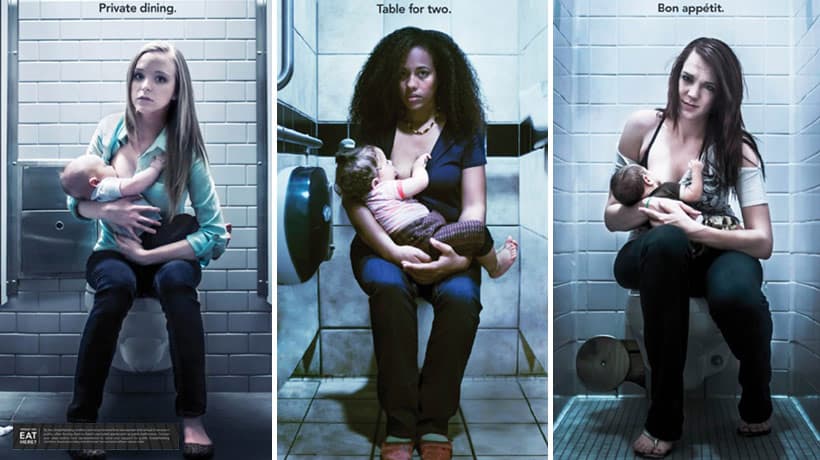 These pics are from the “When Nurture Calls” campaign attempting to educate people on the difficulties of breastfeeding in a public toilet, not to mention the questionable hygiene.

Whatever your struggles are and how you choose to deal with them is your prerogative and no-one has the right to say otherwise. This video explains how one mother deals with being shamed for breastfeeding in public.

Find strength in knowing you are unique, and what works best for you and your child is your decision alone.

Studies have shown that the way you discipline your child is the most criticized part of parenting. For example, the spanking vs no spanking debate has raged on for decades.

Some mothers will allow their child to tear through the mall like a screaming banshee while whaling a death siren loud enough to reach outer space, yet others will become so strict and overbearing that they’ll squash a child’s personality and ability to discover and grow.

These are obviously the extreme ends of the spectrum and the solution lies somewhere in-between, but where?

Any mother knows that you sometimes have to reign in a child, even if just to avoid them badly hurting themselves… but sometimes you also need to let go and allow them to find their own way, even if it means they’ll get a scratch or two.

The real reason your child is misbehaving usually has nothing to do with “discipline” anyway. The hidden cause of the outburst usually goes much deeper and you need to figure out the true reason before simply losing your sh!t in the parking lot outside a Best Buy.

The right answer can only be known by the mother who intimately knows that child, not someone who happens across them in a shopping mall or follows her on social media!

There’s no way you can know what that family has just experienced or what their current discipline strategy is.

There’s a famous chapter in the book, Seven Habit of Highly Effective People, where Covey explains how he entered the subway to find a father with two extremely rambunctious children who were let loose in the subway car. The father sat there in silence, making no attempt to control his kids.

When the other passengers had had enough, one woman asked him to please keep his children in check. The man, a little dazed, apologized profusely and said that their mother had just passed away.

There is simply no way of knowing another parents struggles, and criticizing their choices is more a reflection of your imperfect character than theirs.

This is a huge favorite for mom shamers. It seems like co-sleeping is yet another controversial subject, with some saying you should never sleep with your baby past a few months, and others who don’t mind kids in the bed until they’re much older.

The problem is, some kids sleep better than others. That’s just a fact!

Sure you can try advanced sleep training, or even the Ferber method where you let your baby cry itself to sleep (ugh!). But, the end result is that every child is just a little different and needs it’s own kind of love and care to feel safe.

This becomes very evident when a mother has two children and one sleeps perfectly while the other one doesn’t. She did nothing differently… it’s the child who is different and she has to do whatever she can in her exhausted state, to make it work.

No matter the situation, sometimes you’re just too tired to fight it…

What a tired mom really needs is not your “advice”, but your support. Sometimes, it might be as simple as saying: “Hey, let me come over and watch the kids for an hour while you catch up on some sleep.” O.M.G… Those are but the words of an angel.

With a little sleep under our proverbial belt, any mom will be back in the game and can begin looking at improving sleep issues long term.

A study of almost 500 mothers surveyed, showed around 60% have experienced some form of criticism for their parenting decisions. Here are the most common types:

It turns out that most mom-shaming happens inside the extended family, so be particularly vigilant around Auntie Edna.

If after all that, you still find yourself being mom-shamed for anything, why not send Ms. Know-It-All this hilarious video!

Let’s stick together. We’d love to hear your own experiences and stories about mom-shaming, feel free to share in the comments below.